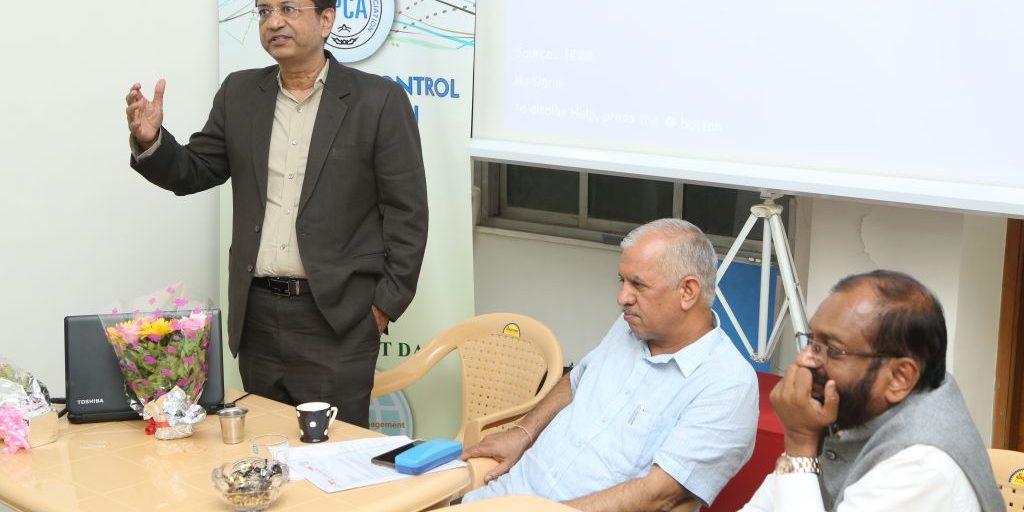 The Indian Pest Control Association (IPCA) , the apex body of pest control professionals in the country which observed World Pest Day 2019 yesterday has expressed concern at increase in rodent related ailments in the Financial capital Mumbai .

“The cases of Leptospirosis have increased sharply during water logging during rains in Mumbai . Mosquito-borne diseases are common in the monsoon but increase in rodent related infection leptospirosis is a major concern, To prevent leptospirosis we urge people not to venture into puddles, muddy grounds or water ponds formed due to incessant rains. Rodents are responsible for leptospirosis infection.The civic body BMC should wake up to prevent water logging and control rat menace in the city ” Said Mr Jaldhi Trivedi , President , The Indian Pest Control Association (IPCA) speaking on the occassion.

“In last couple of years Mumbai has seen sharp in cases of dealdly Leptospirosis , mainly caused by Leptospirae Bacteria , the disease spreads mosyly from Rats to humans. When the urine of an infected rodent or any other mammal mixes with water and human skin comes into contact with the water , leptosirosis spreads” said Mr Jaldhi Trivedi.

“To check the monsoon as Monsoon are fast approaching BMC should join hnds with pest control agencies to kill rats and use traditional as well as modern methods of trapping rats .The public in general should avoid wading through pools of flooded water during the rains and maintain hygiene in personal and food. Leptospirosis does not spread from one human to another” he added.

“If immediate steps are not taken to curb the growing rodent menace , time is not far when Mumbai will figure in top few cities infested with rodents which include London, Paris, Boston and Chicago” he added .

“Day has come at the right time as the number of mosquito, tick, and rodent-borne diseases like Zika virus, yellow fever, dengue fever, chikungunya and malaria were on the rise in recent years especially in a developing country like India. The severity of invasion had also increased due to a rapidly warming planet, accelerating urbanisation and booming trade and tourism” said Mr Jaldhi Trivedi.

“Observing of World pest day in India will help raise awareness of the possible health risks associated with pests such as cockroaches, rodents, mosquitoes and flies The increasing threat of biting insects spreading the range of diseases they are famous for. Due to the diseases they spread, it is estimated that mosquitoes are responsible for causing one million deaths each year, making them the world’s deadliest animal.” Mr Jaldhi Said.

Experts attending the World Pest day initiative also stressed on the need of use of “Sustainable Insect Pest Management” especially for fumigation instead of chemical pesticides harmful to environment and ozone .About 148 countries including India have signed the Montreal Protocol to protect the ozone layer” Said Dr P S Nain, Joint Director, Plant Quarantine, Mumbai While speaking on the occasion. Said Mr Uday Menon , Vice President, IPCA while speaking on the occasion.

“World pest day is also observed worldwide to bring awareness about role of pest management professionals as they are a thin line of defence against some of nature’s most harmful organisms,. As Pests have the potential to contaminate homes and workplaces, spreading disease, Damage belongings and get into foodstuffs, Damage property, causing fires and flooding” Said Mr Uday Menon , Vice President, IPCA while speaking on the occasion.

Some of the suggestion made by IPCA to contain the pest menace include Eliminate sources of standing water around the house, including birdbaths and in clogged gutters to help reduce biting mosquito populations. Seal any cracks on the outside of the home with a silicone-based caulk, including entry points for utilities and pipes. Keep tree branches and shrubbery well-trimmed and away from the house. Overhanging branches can act as highways into the home. And Store garbage in sealed containers and dispose of it regularly.